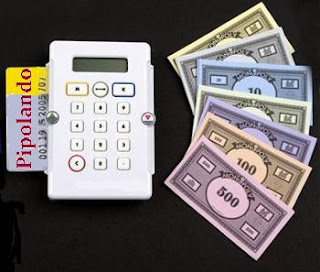 The core of the Brazilian Air Force consists of obsolete U.S. F-5 fighters made in the 1960s and 1970s (50 to 60 aircraft) and 12 French Mirage-2000 planes made in the 1980s. It also has in excess of 50 Brazilian-Italian AMX assault aircraft and approximately 100 Super Tucano light attack, counter insurgency and pilot training planes all designed and manufactured in Brazil.

The agreement to sell advanced warships to Russia is losing support in France because of Moscow's wish to get hold of sensitive military technology and concerns among Russia's neighbors, Le Figaro daily said on Wednesday.

Russia and France signed an intergovernmental agreement in January on four Mistral-class helicopter carriers - two to be built at the STX shipyard in Saint-Nazaire, France, and two in Russia under a French license.

Paris has agreed to transfer to Russia a highly sophisticated control and communication system, Sinik 9, which builds on the Sinik 8 system that is installed on the Charles de Gaulle aircraft carrier, the flagship of the French Navy, the paper said.

A number of Russia's neighbors have expressed concern over the upcoming deal, in particular Georgia, Lithuania, and Japan, especially after a Russian Defense Ministry source said in early February the ships would be inducted with the Pacific Fleet to protect the South Kuril Islands claimed by Japan.

"The negotiations have started to irk even the most loyal supporters of the agreement, who are beginning to think that the price for France is too high," the paper says.

Russian Defense Minister Anatoly Serdyukov was cagey on Wednesday about a timeframe for the contract, saying it would be signed when it was ready.

"At present negotiations are ongoing on only two ships," he said after his working visit to France on Tuesday.

Russia is interested in two ships on which the French would be under formal obligation to provide post-sales servicing, Serdyukov said.

Russian Deputy Defense Minister Anatoly Antonov said last Tuesday a contract was unlikely to be signed in the foreseeable future.

According to some media reports, talks in early March between Rosoboronexport and France's DCSN company reached an impasse after France upped the price from 980 million euros to at least 1.15 billion euros for the first two ships.

Russia also wants the price of construction licenses and technical documentation to be included in the contract, while France insists they should be sold separately for an additional 90 million euros.